With an 83% increase in attacks over the previous quarter, Q2 2016 has been rather active. For starters, there was an all-out, relentless two-day assault on a Russian telecom targeting 51,630 IPs on the Starlink network (note the big spike in the diagram below). The information we currently have allows us to only speculate on the root cause. But we note that the attack took place at about the same time that Ukrainian hacktivists were seen bragging to the media about hacking into Russian video feeds and identifying Russian soldiers in eastern Ukraine. There’s plenty of data to back up this observation. The victims of the Starlink attack have been identified as various organizations inside of Russia, including an energy products company, a bank, a medical device manufacturer, a clinic, and the internal communications services of the Starlink network itself. 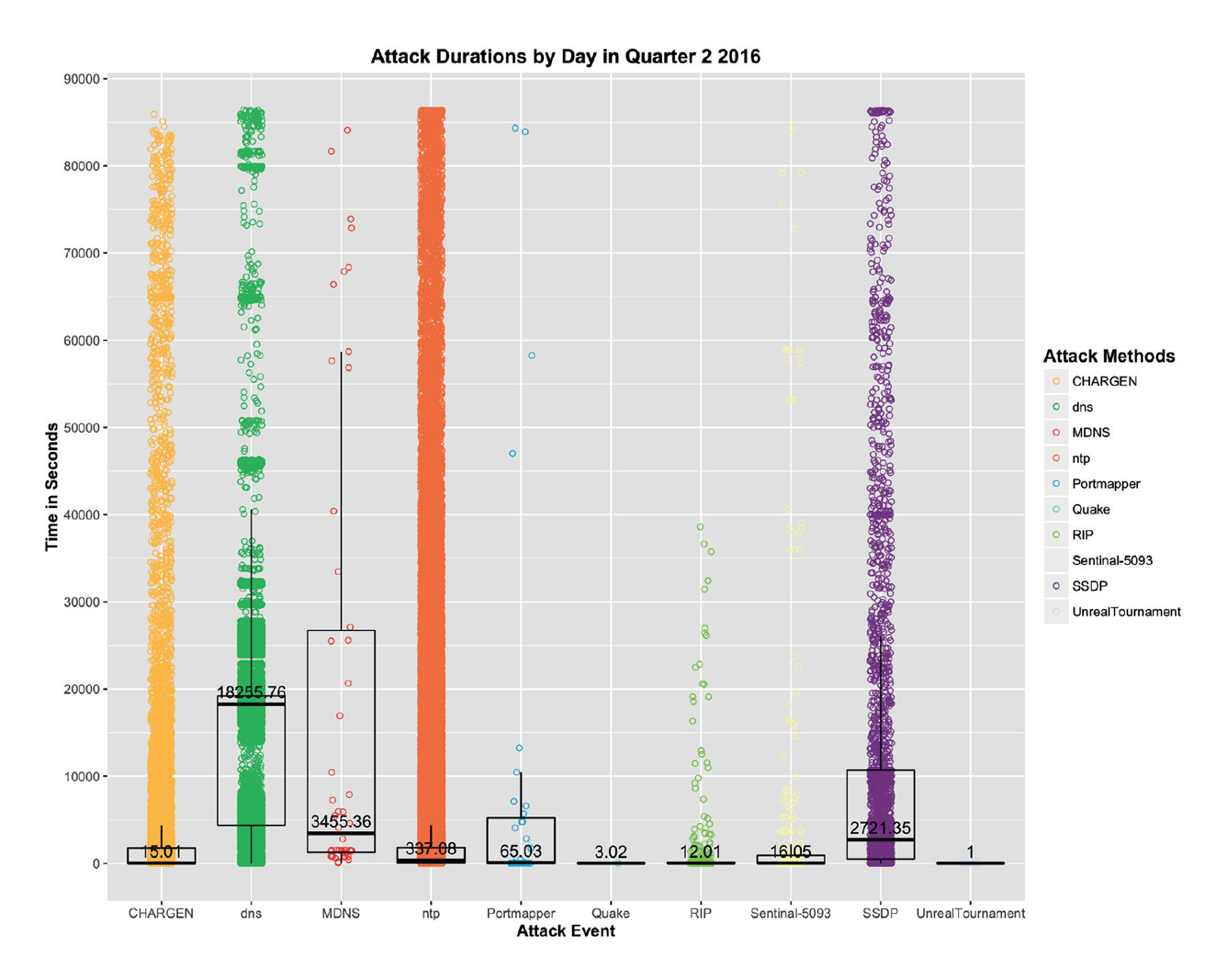 The data we observed in the quarter indicates that many attack tools are scripted and have set duration values. A good example: the DNS attacks bunched together in dark bands in the diagram above are clearly the result of specific time-set values. We also saw that SSDP attacks lasted almost double the mean in APAC versus globally. The same can be said of NTP attacks that had a mean time of 536 seconds in APAC vs. 337 globally this quarter. In short, NTP attacks are not only more popular in APAC, they also tend to last a lot longer.

Q3 saw a notable trend in which attackers launched DDoS attacks at single targets within a CSP, attributing an attack size increase of 544% QoQ and 232% YoY. Over 55% of attacks focused on hitting a specific service with high volumes of traffic simultaneously, and according to our research, sever...

Small bit-and-piece DDoS attacks boomed by 233% in the first half of 2021. As the pandemic carried on into 2021, hackers experimented with new attack patterns to avoid signature-based detection. More than 99% of all DDoS attacks were smaller than 10Gbps, as we had predicted in 2020. These small, ...

This annual report is to review a year that was defined by arguably the worst pandemic the world has seen in 100 years. We look back at some of the key insights, findings and trends covered in our previous quarterly reports, and how COVID-19 impacted not only cybersecurity, but also the way we no...

The increase in online gaming attracted attention from attackers, resulting in nearly 77% of cyber attacks targeting online gaming and gambling industries in Q3 2020. More than a third of these entertainment attacks focused on online gaming targets. Nexusguard analysts also reported a 287% increa...