Q1 2016 has been incredibly interesting. New reflection services have been discovered, companies have increasingly become targets, and unexpectedly, the Number One target for DDoS attacks was DDoS researchers themselves. When analyzing our honeypot data, it came as no surprise that the majority of Internet- based scans was being conducted by research companies. But what was surprising is that the highest volume of attacks targeted researchers at Loryka LLC, which received 90 attacks in the quarter.

Currently protected by a DDoS mitigation company, Loryka was hit nearly every day, with NTP being the service of choice for the infrastructure attacks. We reached out to Justin Shattuck of Loryka who confirmed that the attacks targeted his research page (he noted that the page was just a landing page that contained no actual research data). 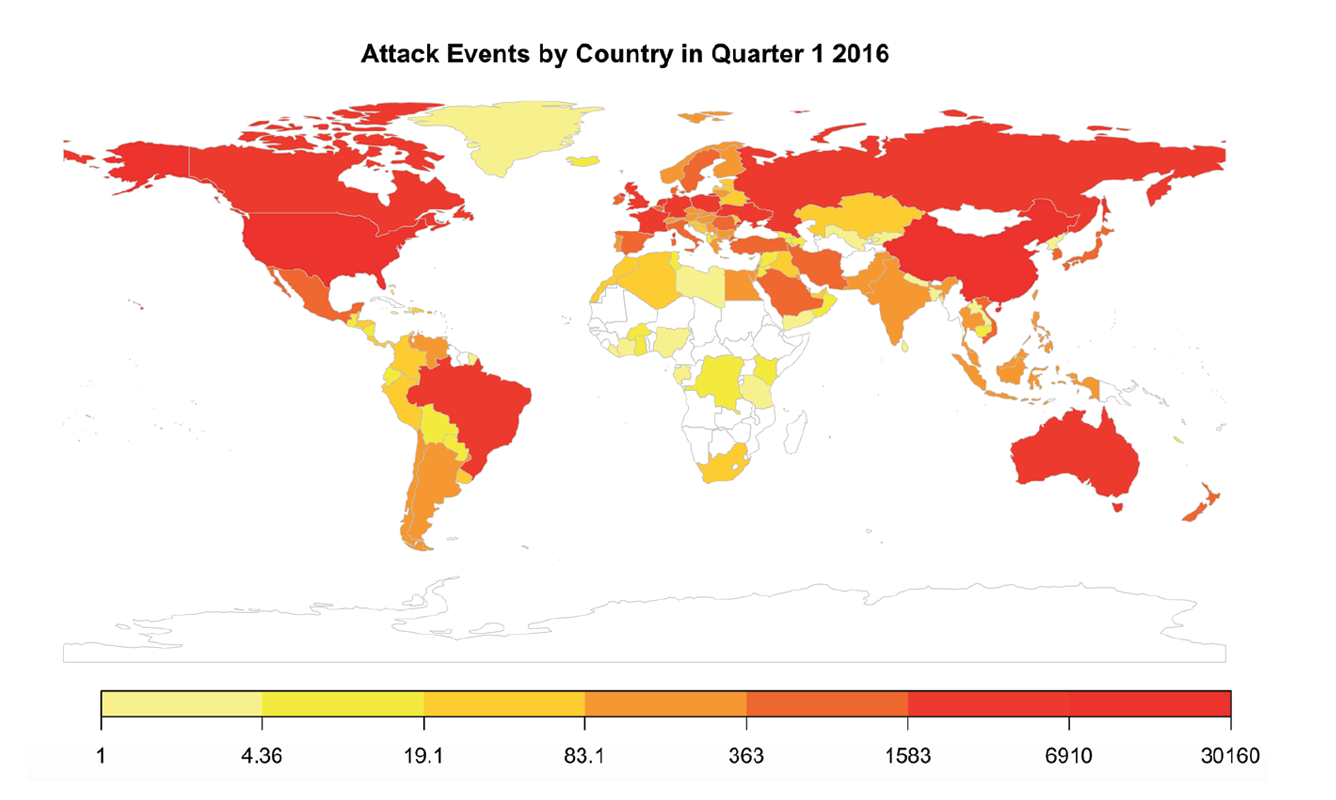 Not surprisingly, the US and China bore
the brunt of attacks observed in the quarter. We predict the same distribution next quarter, provided that there are no geopolitical conflicts impacting DDoS-prone countries.

Small bit-and-piece DDoS attacks boomed by 233% in the first half of 2021. As the pandemic carried on into 2021, hackers experimented with new attack patterns to avoid signature-based detection. More than 99% of all DDoS attacks were smaller than 10Gbps, as we had ...

This annual report is to review a year that was defined by arguably the worst pandemic the world has seen in 100 years. We look back at some of the key insights, findings and trends covered in our previous quarterly reports, and how COVID-19 impacted not only cyber...

In the first quarter of the year, DDoS attacks rose more than 278% compared to Q1 2019 and more than 542% compared to the last quarter. While working from home has become the new norm due to COVID-19 pandemic restrictions, heavy use and reliance of online services ...